The thousands of Island have so many interesting walking, hiking and climbing tracks to offer that you can fill up easily several years of your life and you will still not be bored. Easier track does not mean less beautiful. The many green tracks on each island of Indonesia have its own “specialty”. All depends on where you are looking for, nature, culture, or just amazing stunning views like sunrise and more.

Many agree that hiking in Indonesia is for those who seek the real beauty of the country. Indonesia is located in the Ring of Fire is why mountains and volcanoes can easily be found. When you visit Java Island, you will have many option for hiking java indonesia.

But yes. It is not always about indonesia hiking mountain. To see the hidden paradise, you can take indonesia trekking tour to several special places like the jungle in Borneo, mangrove forest, the nation’s national park, the rice fields in Bali, Ijen Crater for the lake and the Blue Fire, and even more lakes to see in some volcanoes. The fact that each Island has its own beauty and natural habitat will make this trip amazing. 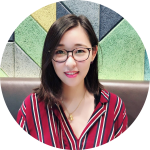 Discuss your travel plan with our local experts!

Each Indonesia hiking places heve their own level of difficulty. All tracks are unique on its own way and for every person there is trekking route with the right level of challenge. Below you will find several hiking places in indonesia and trekking spot indonesia. Make your hiking trip Indonesia fun by joining us.

Kawah Ijen is highly recommended to mountain buffs and hikers. The Plateau was at one time a huge active crater, famous for its Blue Fire phenomena and Ijen Lake.

The mountain is located near Bromo. The favorite spot is Ranu Kumbolo Lake. Semeru is the highest mountain Java. The peak is Mahameru yang memiliki tanah berpasir.

Merapi is located on the border between Central Java and Yogyakarta. It is the most active volcano in Indonesia. You can hike or take Jeep to explore.

Located in between Central Java and East Java. Home for some famous attractions such as Tawangmangu Waterfall, Sukuh and Cetho Temple.

Merbabu is still active but the track is not very hard. From the mountain you will see other mountain like Sumbing, Sindoro, Merapi, Telomoyo, and Lawu.

This is the easy hiking. Located in Central Java, Mount Andong is for beginners. Many facilities such as camping ground and full signal for gadgets.

Mount Prau stands proudly at 2565m above sea level and is the highest peak of the Dieng Plateau. Sunrise in Prau is very beautiful and it is suitable for beginners.

If you go to Lombok island, Mount Rinjani is the place for hiking. It is the second highest mountain in Indonesia with Segara Anak Lake in its peak.

Mount Batur is an active volcano located at the center of two concentric calderas north west of Mount Agung. Batur in Kintamani has beautiful lake.

It is the highest point on Bali, and dominates the surrounding area, influencing the climate, especially rainfall patterns.From the peak you can see Rinjani in Lombok.

Also called as Mount Anak Krakatau. You will see eruption leftover of one of the most active volcanoes in the world. From the mountain you can see the ocean.

Located in East Java near with Ijen Crater. Raung is for professional hikers. The track is quite difficult. It has wonderful caldera and four summits.

Go hiking flores indonesia in Mount Kelimutu. It has three lakes with different colors. The sunrise is also amazing and the track is not really hard.

The ancient volcano of Nglanggeran is one of the worth place to visit and hike. It is located in Yogyakarta and easy for beginners.

Experience the best trekking tour in Indonesia with us. We guarantee you the most competitive price and complete facilities.

This is the most popular trip among the travellers. Most competitive price in the market. Single Traveller is possible.
Read More
EASY

Suitable for customers who are coming from Yogyakarta. Pick up from YGK and drop off in Surabaya airport.
Read More
EASY

Suitable for customers who arrive early on the first day and would like to stay overnight in Mt Bromo for the hike.
Read More
EASY

You can be dropped off at Ketapang Indah Port for your onward journey to Bali free of charge. Single Traveller is possible.
Read More
MEDIUM

Fastest, cheapest and most effective way to see Mt Bromo and Mt Ijen. This tour is tiring but compact.
Read More
MEDIUM

Our most recommended tour for customers to view Mt Bromo and Mt Ijen. The extra day gives a rest day between the hikes.
Read More
MEDIUM

This tour is for beginner and those who want to enjoy the scenic beauty of Senaru crater rim, Segara Anak lake and swim in hot healing water.
Read More
HARD

This tour is for beginner and those who want to enjoy the scenic beauty of Senaru crater rim, Segara Anak lake and swim in hot healing water.
Read More
HARD

If you are the beginner and have never hiked a mountain before, then Mt.Andong is a great place to start and build up your experience. Walking to the top only takes 1.5 hours.
Read More
EASY

If you are the beginner and have never hiked a mountain before, then Mt.Nglanggeran is a great place to start and build up your experience. Walking to the top only takes 1.5 hours.
Read More
EASY

Enjoy the amazing sunrise at Mount Merapi. When dawn breaks, you can see a panoramic view. You can feel Merapi’s strong power and have unforgettable experience.
Read More
EASY

You will be transferred to the base camp before hiking Merapi. Exploring Merapi in the dark gives you beautiful views from the lights of the villages in the valley.
Read More
MEDIUM

Mount Merbabu is neighbour of Mount Merapi and has become one of the favorite mountains for local and foreign trekkers. Enjoy amazing sunrise view.
Read More
Medium

During this hike we will start at Candi Cetho and finish in Sewu. In this tour, you can stay camping overnight to be able to join Sunrise in peace. No need to rush to finish in one day.
Read More
Medium

This tour is suitable for those who are new to hiking or trek not very often. You can take it more easy, stay overnight in the base camp and enjoy sunrise view in peace.
Read More
Medium

In this tour, you will camp at Kumbolo Lake for 2 nights. We will bring you visit Mount Semeru Summit, Kalimati, Ranu Pane Village and Ranu Kumbolo Lake.
Read More
HARD

In this tour, you will camp at Kalimati and Kumbolo Lake. Compared to 3D2N package, you will have an extra day to visit Tumpang Village and stay there overnight.
Read More
HARD

Mount Raung has a 2km-wide and 500m-deep crater surrounded by a rim. This mountain is not easy to climb. You must have a good condition, like adventure and certain not afraid for heights.
Read More
HARD

1. Do I need VISA to visit Indonesia?

Yes. One important thing to know before you travel to Indonesia is the Indonesia has four different types of visa:Visa Exemption, Visa on Arrival, Visit Visa & Multiple Visit Visa. Each type of visa has specific requirements. You can check the details and Visa & Immigration policy here: http://www.imigrasi.go.id

2. What is the main language of Indonesia?

Bahasa Indonesia is the national and official language of Indonesia and is used in the entire country. Most Indonesians also have their own ethnic language and dialect, with the most widely spoken being Javanese and Sundanese. Some ethnic Chinese communities continue to speak various Chinese dialects, most notably Hokkien in Medan and Teochew in Pontianak.

English is not widely spoken in Indonesia. However, an acceptable level of English can be understood in a number of major cities and tourists’ destinations including Bali, Batam, Jakarta, Bandung, Surabaya, and Yogyakarta. Moreover, most hotel and airline staff can also communicate in English on a basic to moderate level. All of our guides/drivers can also speak English.

You could find SIM Card in airports where they held a number of local cell phone company providers booths for you to choose from such as Telkomsel, XL, Smartfren, 3/Tri, Axis, Indosat/IM3, etc. The prices vary for each provider starting from IDR 10,000.

4. Where can I buy and exchange currency?